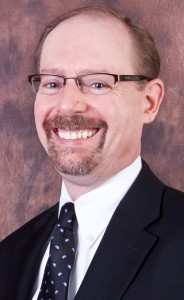 Chris Brand currently serves as community and public relations manager for GIANT Food Stores and MARTIN’S Food Markets. Chris is the company spokesperson responsible for promoting the grocery chain leader through corporate-wide communications and public relations strategies that impact 200 stores in four states. He is responsible for spearheading GIANT/MARTIN’S community relations initiatives with a focus on hunger relief efforts and improving the quality of life for children.

Chris joined GIANT/MARTIN’S in 2001 as a customer service specialist and in 2005 was promoted to consumer affairs and community relations manager, leading the corporate customer care team while engaging the community.

Chris received his Bachelor of Fine Arts degree from the University of Illinois. He worked for the Goodman Theatre in Chicago for 15 years. He is also a graduate of Penn State Business Academy for High Performance Management and Leadership in Harrisburg.

He and his wife, Adrianne, live in Mechanicsburg.

She earned a bachelor’s of science degree in journalism from Ohio University and a master’s in business administration from Case Western Reserve. She enjoys working to create better communities and managed fundraising events for United Way and the Salvation Army and is a founding member of the Connor Slates Scholarship Foundation in York, Pa. 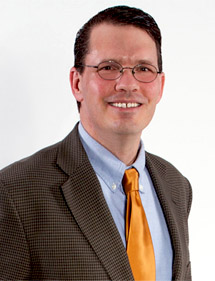 Greg Swartzlander currently oversees online communications for Select Medical, one of the nation’s largest providers of acute and rehabilitative healthcare. Since 2006, he has also served as an adjunct faculty member at Elizabethtown College.

Previously, Greg was director of interactive communications for the Pennsylvania Medical Society. He began his career in public relations as a producer and writer for a number of corporate and broadcast television productions and commercials, including serving as an area producer for the “Montel Williams Show” and ABC Television’s “Dick Clark’s New Years Rockin’ Eve.”

He holds a master of science in communications studies from Shippensburg University of Pennsylvania and a bachelor of arts in radio-television-film from Temple University. His research interests focus on media bias and media literacy education, as well as technology diffusion and adoption. He is a frequent speaker on social media, health technology and media issues.

Marching band and the visual arts is also a passion that occupies much of Greg’s time. He has designed drills for a number of central Pennsylvania’s high school bands, including his current work for Camp Hill High School. 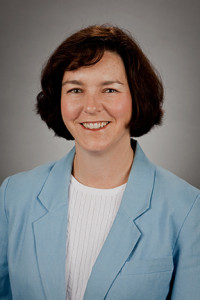 Prior to that, she spent 13 years with the Pennsylvania Liquor Control Board, where she held numerous positions in the agency’s Press/Communications Office and Bureau of Alcohol Education. She currently serves as secretary and awards co-chair for the Central Pennsylvania PRSA.

Molly has a degree in Communications from the University of Scranton. She lives in Dauphin with her husband, Tim Klinger, and their two children. 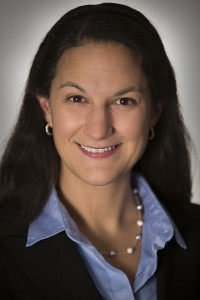 Lara Brenckle serves as digital communications manager at Select Medical, where she manages online communications for one of the nation’s largest providers of acute and rehabilitative care.

Brenckle began her career as a newspaper reporter and worked throughout Pennsylvania before finishing her career at the (Harrisburg) Patriot-News. Her reporting garnered numerous awards, including a Western PA Press Club Golden Quill and a Pennsylvania Associated Press Managing Editors 1st Place Award that she shared with her husband, photojournalist and two-time Paul Vathis Memorial Portfolio Award winner Jason Malmont.

Julian Richter is director of communications at the Hershey Free Church, Hummelstown, where he is responsible for the church’s overall communications strategy and creates print and online media. Prior to working for the church, Julian was director of communications and development for Black Forest Academy, an English-language boarding school in southwestern Germany. He enjoyed working with people from different countries and learning how to bridge the differences between cultures and languages. He also worked worked for Godfrey Advertising and Public Relations, and Hershey Entertainment and Resorts Company.

Julian has a bachelor’s degree in journalism from Temple University and a postgraduate degree in public relations from the University of Stirling, Scotland. He is the communications and fundraising chair on the board of directors of the non-profit Northwest Emergency Medical Services in Lancaster County, and is a volunteer paramedic with that company.

Julian and his wife, Cindy, live in Elizabethtown. 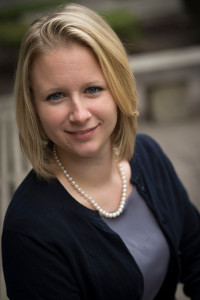 Elizabeth Greenaway is a marketing and communications strategist at MoJo Active, Inc., where she works with clients to create, analyze and evaluate communication plans. She also writes a variety of content to promote brands and their products through traditional and digital media. She came to Mojo Active, Inc. from Lycoming College, where she served as director of marketing and public relations. At Lycoming, Elizabeth was responsible for overseeing the planning and implementation of the college’s marketing and communications strategies. Prior to her role as director, she served as web content coordinator. While she served in this position, My College Options Enrollment Power Index (EPI) ranked the website among the top 5% in the country. Preceding her time at Lycoming College, Elizabeth served as the director of marketing for Expectations Women’s Center.

Elizabeth served as a White House Intern in the Office of Presidential Personnel during her time as a student at Susquehanna University; where she earned her bachelor’s degree in communications. She currently resides in Williamsport with her husband, Brad. In addition to her leadership positions with PRSA, she enjoys serving as the adviser to the Iota Mu Chapter of Alpha Xi Delta at Lycoming College and volunteering with Expectations Women’s Center.

Thomas P. Boyle, Ph.D., APR, is an associate professor of communication at Millersville University where he teaches public relations writing, research and campaigns. His research interests include political campaign communication, especially its influences on media and public agendas. His work has appeared in “Journalism and Mass Communication Quarterly” and several other publications. Before earning his doctorate, Dr. Boyle worked in public relations for the Pennsylvania legislature and as an associate producer at WITF-TV.