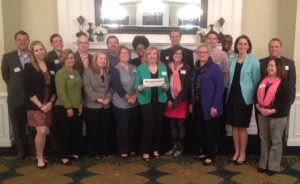 “Our district is the only district in the nation to sponsor an APR boot camp, and now we’ve conducted one two years in a row,” said Liz Smith, APR, immediate past chair of the Mid-Atlantic District and Central PA Chapter President in 2014 and 2015, who spearheaded the boot camps and served as Day One Readiness Review trainer. The Richmond Chapter served as the host chapter due to its support, hospitality, centralized location and proximity to a Prometric Test Center for candidates to take the test on Day Four.

“We had an outpouring of support from APRs volunteering their expertise as Readiness Review panelists for the candidates,” Smith said. APRs from chapters throughout the Mid-Atlantic District served on panels of three to assess the readiness of each individual APR candidate to move forward to take the test for accreditation. Fourteen candidates participated in the boot camp, so numerous panels took place simultaneously during the afternoon of Day One. “Together we are paving the way to increase the number of APRs in the Mid-Atlantic District and across the country,” Smith said. “Most chapters in our district do not offer APR training sessions, especially with national-caliber trainers, so there is a real need for the boot camp,” she said.

APR candidates had positive comments about the boot camp, and the test passing rate was excellent. 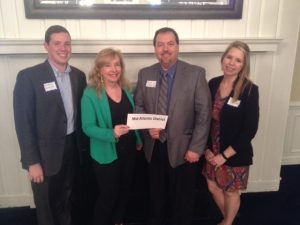 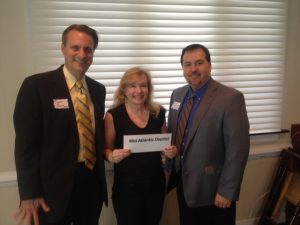