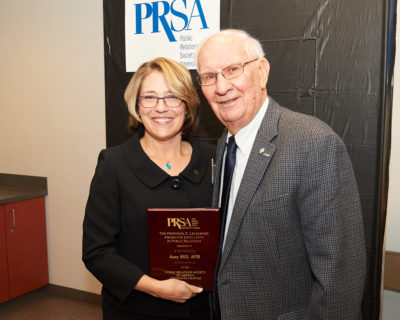 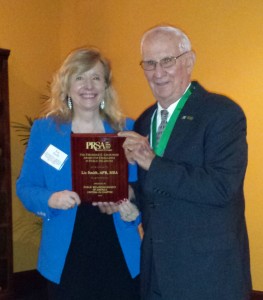 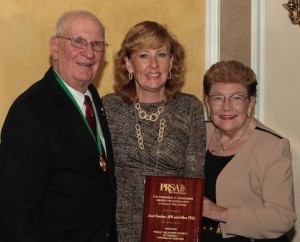 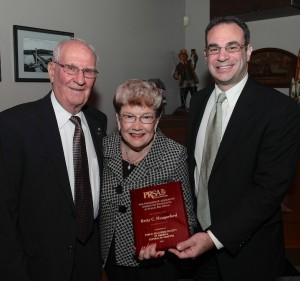 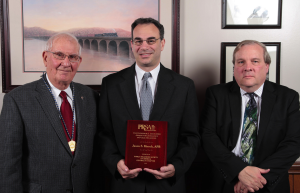 Fred Leuschner, APR (1989—First Leuschner Award winner. The awards is named for him.)

We have gaps in our list. Please contact Julian with information to fill in the missing listings.

Notes about the Leuschner Award:

The Frederick E. Leuschner Award recognizes one member of the Central Pennsylvania PRSA Chapter who advances the public relations profession by being a positive role model. Former honorees select a practitioner who demonstrates excellence in five areas of his/her daily life:

The award was named in Fred Leuschner’s honor, and he was the first to receive it in 1989. Mr. Leuschner began his public relations career in 1957 as a public information officer for the state civil service commission after working for five years at WHTM-TV. PR jobs with the Pennsylvania State Education Association, Harrisburg Area Community College and Pennsylvania Higher Education Assistance Agency followed. He started his own public relations consulting company in 1988.

During his career, Mr. Leuschner always stressed the need for professionalism and ethics. As he transitioned from WHTM-TV to public relations counseling, he established a clear need for his client’s transparency and ethical decisions. He helped many understand the differences between marketing and public relations.

During his career, Fred had always stressed the need for professionalism and ethics.  As he transitioned from mass media to public relations counseling, he established a clear need for his client’s transparency and ethical decisions.  He helped many understand the clear differences between marketing and public relations.

Fred (our area’s only Fellow at the time) was instrumental in the re-chartering of our chapter.  While there was a team working with him, he took on the key role of motivator.

He has always been the perfect role-model of a mentor.  He has constantly inspired others (nagged, nudged, encouraged) to be part of a professional group (Pennsylvania Public Relations Society and Public Relations Society of America) and to take on leadership roles in those organizations.  Naturally, he encouraged many in PRSA to be active locally, regionally and nationally.  (Deborah and I were often nudged/nagged/encouraged by Fred to take one more step in our professional development.  But, we were only two of many.