What you Need to Know about Diversity and Inclusion—Tuesday, September 29, Noon 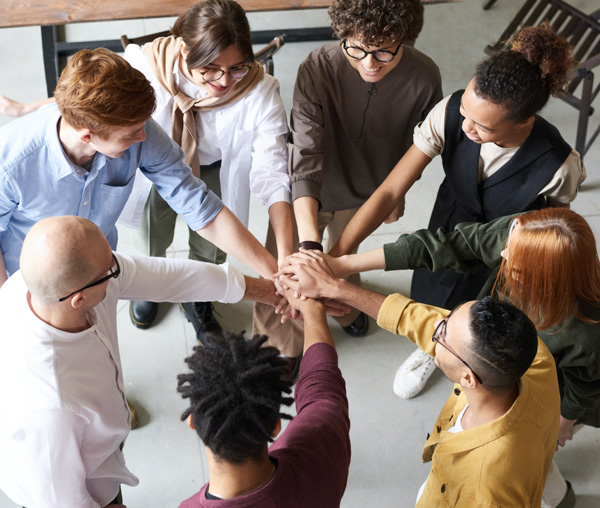 Join us as PRSA Central PA Chapter Diversity & Inclusion Chair Ángela Capeles moderates a virtual discussion panel that will explore the importance of diversity and inclusion practices in our industry and provide tips on having the sometimes tough and uncomfortable conversations around diversity. We believe these productive conversations are vital to our work in communications and will foster a culture of inclusivity and respect as we plan to discuss this important topic and kick off Diversity and Inclusion Month in October!

Kristen Herman (she/her/hers) is the Director of Prevention with the Pennsylvania Coalition Against Domestic Violence (PCADV) where she and her Prevention Team are responsible for all things intimate partner violence (IPV) prevention, including training nearly 60 local programs and championing state-level prevention efforts. Kristen is also responsible for leading a statewide leadership team of Pennsylvania stakeholders to draft and implement a 5-year plan toward the prevention of IPV. Prior to her work with the Coalition, Kristen was the Project Coordinator of a local IPV prevention program in Delaware, where she focused on the prevention of teen dating violence, working with both middle and high school-aged youth. With more than eight years in the field Kristenconsiders herself a “born and bred” preventionist, and believes true prevention is about developing equitable, safe and healthy communities. Kristen holds her Master’s in Public Health from George Washington University and a BS in Human Development and Family Studies from the University of Delaware.

The mission of the DEEC is to create and engage in activities cultivating a safe and supportive campus community that values diversity and fosters good citizenship. In Ali’s role with this organization, she served as a co-chair of the Public Relations subcommittee for two years, then transitioned to co-chair of the entire group during the 2019-20 academic year. The DEEC consists of over 50 faculty, staff and students. During her reign, she assisted in the development of several dozen educational programming and professional development opportunities for the campus community. Programming themes included mental health awareness; supporting the LGBTQ community; celebrating different cultures on campus; recognition of religious practices and holidays; training efforts for diversity, equity and inclusive among faculty and staff; fundraising for local non-profits that support anti-racism efforts; and partnered with external community members that supported the DEEC’s mission.

CORED will engage the University’s strategic planning foundation, advancing inclusion, equity, and diversity to fulfill the four goals that align with the University’s vision to “incorporate inclusion, equity, and diversity assertively into our research, teaching, learning, outreach, assessment, operations, and decision making at all levels of the University.” As an advisory group member for CORED, Ali will play an integral role in the recruitment and retention efforts for the college by recommending strategies and tactics that Penn State Harrisburg may implement to better recruit and retain faculty, staff, and students from underrepresented and underserved populations.

Ali received a Bachelor of Arts degree in Advertising from Penn State University in 2012. She also received her Master’s of Education degree in Training and Development from Penn State Harrisburg in 2017. Her areas of interest and expertise include advertising; marketing; communications; social media; event planning; customer service training; business administration; and career and organizational development.

Abraham “Abe” Amorós is President of Amorós Communications, a public relations and government relations firm that also specializes in issues of diversity and inclusion. Previous to his current role, he served as legislative director for a labor union for nine years. He also served as Deputy Press Secretary for Governor Edward G. Rendell and was Director of Communications for the Pennsylvania Democratic Party. Abe was also the spokesman for the PA Department of State, the Democratic Leader of the State Senate and the City of York.
He was the first Latino elected to the York City Council and served as vice president.  Abe also served as Director of Community Development for the City of York where he was responsible for an $8.3 million budget consisting of the bureaus of Housing, Planning, Zoning and Health.  In addition, he served on numerous boards and commissions including the York Spanish American Center’s Board of Directors, the Governor’s Advisory Commission on Latino Affairs under three governors, the United Way of York County, the York County Benevolent Association and American Red Cross – York County Chapter.  He considers his greatest civic accomplishment to be the creation of the York City Little League in 2005 as he helped raise more than $1 million for three lighted fields with the generous assistance of (now) Governor Tom Wolf.

Abe earned a master’s degree in governmental administration from the University of Pennsylvania and holds a bachelor’s degree from Penn State in journalism. In 2018, he was appointed by Governor Wolf to be the first Latino member of the Penn State Board of Trustees.
Under Amorós Communications, Abe has focused on issues of diversity and inclusion and is currently serving on the Racism, Bias and Campus Safety Committee for the Penn State Board of Trustees in an effort to address social issues for the entire Penn State community, not just at University Park but throughout the commonwealth campus system. He has also worked on issues of diversity and inclusion for a local healthcare system along with focus groups in Spanish and English.
He also serves on the board of directors for WellSpan York Hospital, the York County Economic Alliance, 10,000 Friends of Pennsylvania and is an adjunct faculty member at York College of PA teaching graduate courses in International Public Relations, Political Advocacy and undergraduate courses in Public Relations and Media Relations.

Ángela Capeles is a public relations professional with more than eight years of international experience in marketing and strategy. She has developed digital strategy, cross-channel content marketing, online and offline marketing campaigns, voter registration programs, and events in multiple industries ranging from tourism, sports, shopping malls and luxury brands, to nonprofits and government agencies. She is currently a Ph.D. Candidate at Penn State University’s School of Humanities, where she also teaches courses on communications, gender, race, and ethnicity.