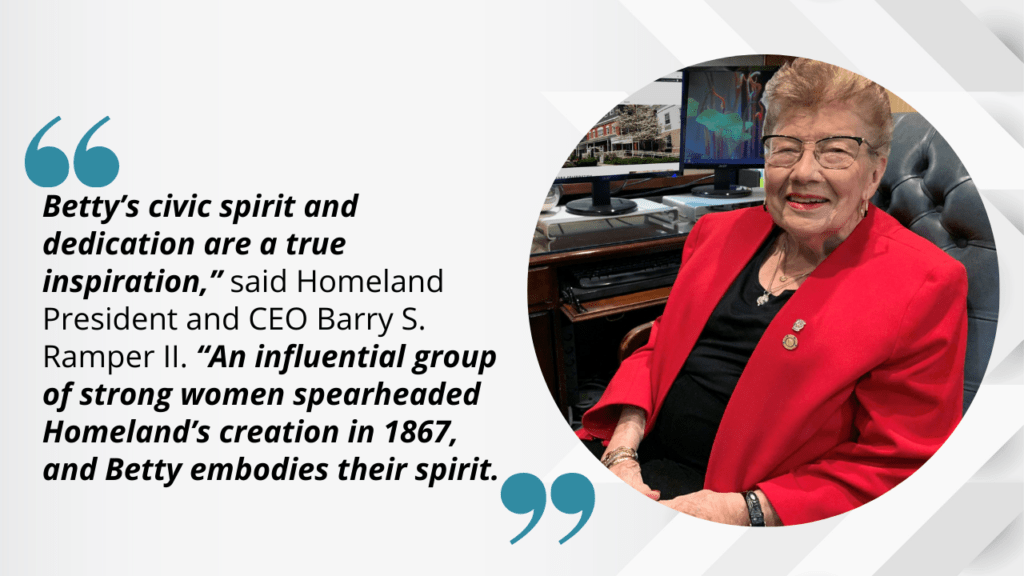 Betty Hungerford, a public relations professional known throughout Central
Pennsylvania for her exceptional charitable fundraising and community
dedication will be honored at an event marking the 155th anniversary of
Homeland Center and Homeland at Home on Sunday, May 15, at Hilton Harrisburg.

As Homeland Center’s director of development for 20 years, Hungerford plays a
crucial role in raising funds for benevolent care, ensuring personal and
skilled care residents are never asked to leave because they can no longer
afford to pay.

Betty has also blazed a trail for women in the Harrisburg area’s public relations
profession, earning respect and admiration from her peers.