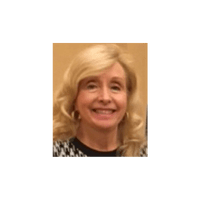 
Liz Smith is probably a familiar name to you. A big advocate for PRSA Central PA, she served as a board member for almost a decade, including two terms as chapter president while simultaneously serving as chair of the PRSA Mid-Atlantic District. She worked hard leading the effort to establish the first APR District Bootcamp in the country during her tenure. This successful effort resulted in many more APRs for the chapter, the district, and the country since the first district Bootcamp in 2015.

As chapter president, Liz recruited a great leadership team and together they revamped the website, started online awards, PR for a Day, and increased membership. She is a winner of the chapter’s highest honor, the Frederick E. Leuschner Award, and has mentored many chapter leaders.

Currently, Liz serves as one of two chapter delegates to the PRSA National Assembly and teaches communication classes at Elizabethtown College.

During her career, Liz served as vice president of communications for the International Copper Association headquartered in New York City; education and communication leader for the Lancaster County Planning Commission; and director of public relations and advertising for the Greater New Orleans Tourist and Convention Commission. She also led communications for Fortune 500 companies, conducted crisis communications training across the country, and reported consumer news on radio and television stations in Cleveland, Ohio. She won international, national, and local PRSA, ADDY, corporate, and association awards, including the PRSA National Bronze Anvil Award and the Central PA Keystone Award.

Liz earned a Bachelor of Science degree in journalism from Ohio University and a master’s in business administration from Case Western Reserve. She is an avid football fan and world traveler who enjoys live music of all types and sharing good times with her family and friends.