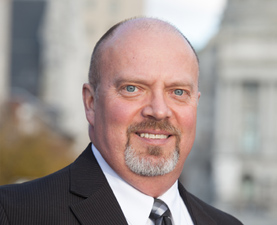 As you may have heard, Central Pennsylvania’s public relations community lost a great friend and advocate, Ken Robinson, APR, on Sat., Feb. 16.

Ken was a senior strategist at Quantum Communications Ltd. in Harrisburg and vice president of the Pennsylvania Public Relations Society’s local chapter. He was also a past president of PRSA’s Central Pennsylvania chapter and a former board member of PRSA’s Mid-Atlantic District.

Quantum said in a Feb. 17 statement, “We note with great sadness the sudden passing of our friend and colleague, Ken Robinson. We will miss him dearly. Ken was a distinguished professional, an accomplished musician, loving father and the world’s most doting grandfather. He will always be in our hearts.”

Similar tributes have been shared over the past few days via social media, email and in person as friends and colleagues recalled Ken’s expertise, mentorship, generosity and warm heart.

Visitation and services for Ken will be held at Neill Funeral Home, 3401 Market Street, Camp Hill. Visitation will be 5-8 p.m. on Wed., Feb. 27 and 10-11 a.m. on Thur., Feb. 28. A Celebration of Life will be held 11 a.m. to noon on Thurs., Feb. 28. Because a large turnout is expected, seating will be limited. Ken’s family is planning a larger Celebration of Life service for a future date.

PRSA Central PA and its members share in the sorrow over Ken’s passing. His friendship, professionalism and collegiality will be sorely missed.